The Council of Kaunas University of Applied Sciences is an institution of public care and control. The powers and authority of the Council are defined by the law on Science and Studies. According to the law on Higher Education, the Council shall consist of not less than nine and not more than 21 members serving terms of four years. The Council is formed according to the following principle: one third of the members are appointed by the Academic Board, another third of the members (non-KUAS employees), representing locally governed or state-run institutions of education, culture, art and economy, are appointed by the Minister of Education and Science of the Republic of Lithuania, and the remaining third of the Board members are appointed by common agreement of the Director of KUAS and the Minister. The Council/Board must include the Director of KUAS and at least one student representing the Students’ Representative Council. According to the Law on Higher Education and Studies and on the Statutes of KUAS, the Council evaluates how the institution of higher education institution performs its tasks and it contributes to the national, economic, social and cultural development; it considers the Director’s of KUAS reports, the accounts of annual revenues and expenditures, with reports on their accomplishment; it controls the use of property and funds received from the state and other sources and it discusses other issues. 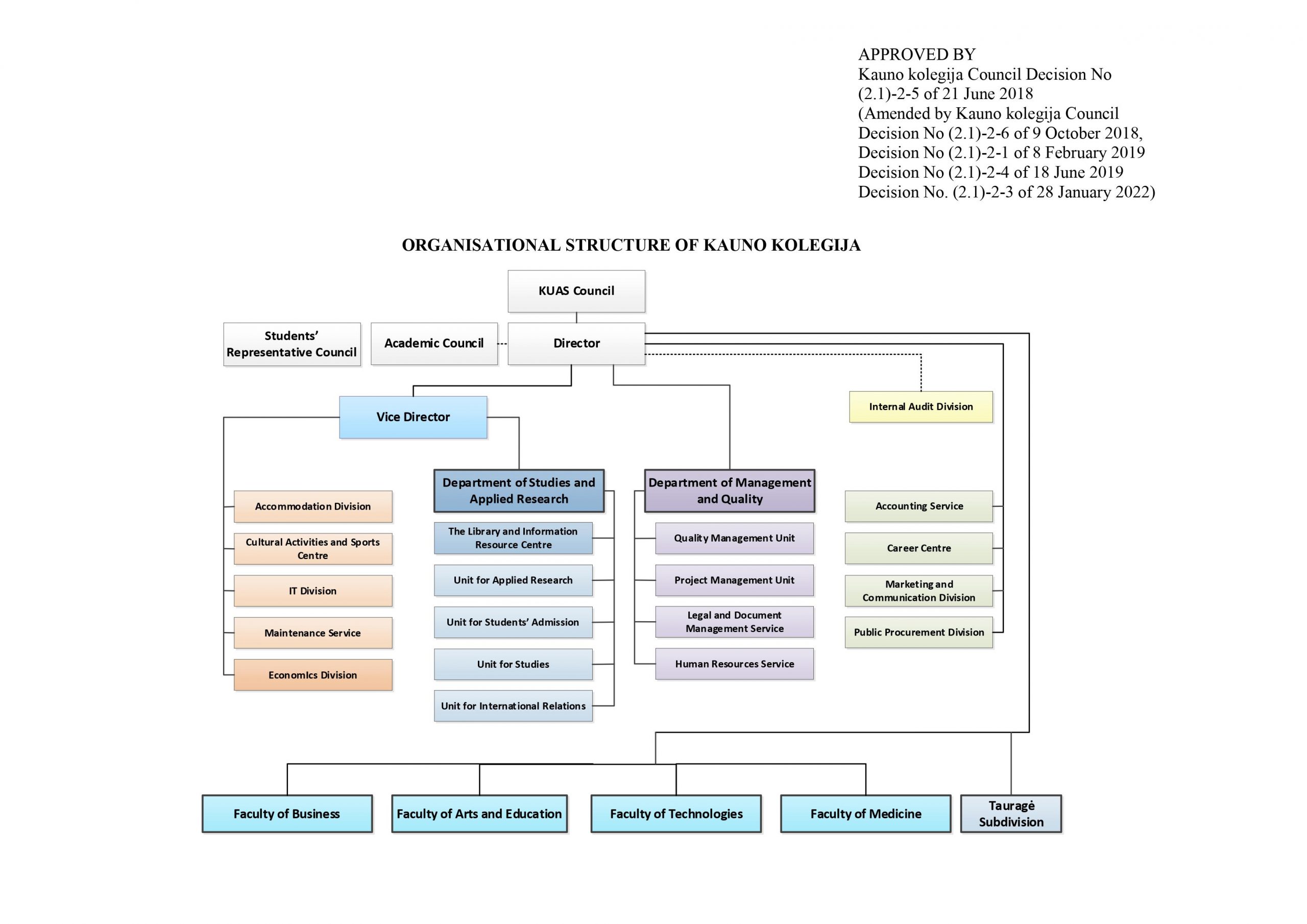 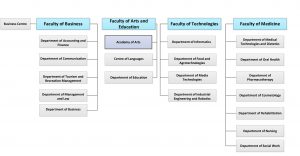